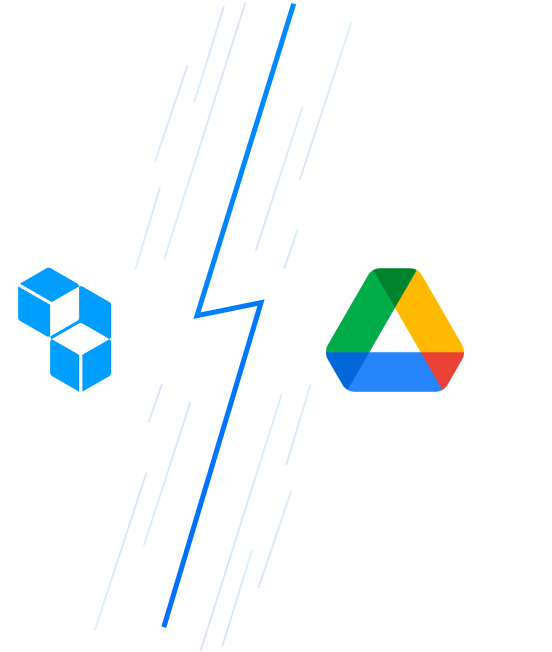 Have you not ever thought of Google as the big brother of the 21st century? They offer great services but sacrifice your privacy in too many ways. Google gives you everything to get tied to their services. Don’t be foolish. Look behind the scenes and understand better what they do with your data! Cubbit doesn’t play with your privacy and gives you full control of your files. Replace Google Drive with Cubbit for your business!

Where are Google Drive’s hidden disadvantages?

According to Google’s policy, their system automatically browses your content (including emails) to offer you tailored ads and show products connected with your interests.
While your files on Google Drive are encrypted, there’s no extra layer of protection if an unauthorized person comes into possession of one of your links. Google Drive keeps access to your keys and decrypts files to read them for their integrated services.
Google integrates and bundles its portfolio to make them interoperable for its users. It sounds good but having everything integrated requires continuous access to your files, this means anyone accessing their server - maliciously or legally - could also read your files.
Google Drive also limits how large your file uploads can be, this is sometimes really inconvenient. Cubbit doesn’t have it at all, you can store and share any sizes.Cubbit gives you a great alternative to Google Drive.
Use a secure and encrypted solution for your business!

Storing and sharing your files has to be simple and affordable. Whatsmore  paying hidden costs like your privacy should not be an option.Cubbit deeply cares about privacy and security. We hope, you to do the same.Just sign in and manage all your files: easy and secure.
When using Cubbit your files are in the highest security environment. No one can access them, not even our team.

In the following chart, you can see the most important features that make a business cloud storage secure. Check what Cubbit has to offer as a Google Drive alternative.

Cubbit relies on a unique distributed network, instead of data centers.
‍
Your data are multiplied and stored on nodes, called Cubbit Cells.
This network of storage units all around the globe, powered by our continuously growing community of privacy enthusiasts add an extra layer of protection and reliability that is unique to Cubbit.Advantages of our approach:
- Cubbit is the only cloud applying 3 layers of security to your files
- Cubbit is 10x greener than the industry standards thanks to the distributed infrastructure not requiring polluting cooling systems
- Cubbit makes you pay for a great service and not for the maintenance of data centers

Google data breach was a major scandal in late 2018 when Google engineers discovered a software leakage within the Google+ API used in the social media network. Over five million user's data was compromised.

Does it matter where Google is based?

Google is headquartered in the U.S., which is another potential security problem. U.S. laws, such as the Patriot Act, give agencies the ability to demand access to your data.Since Google is able to see your files, they can share them with governative agencies.
And they did it: in their report, Google admitted that in the first half of 2020 alone they received almost 340,000 information requests from governments and courts.
Google responded by providing their Drive users' information or content in 76% of the cases.It is always less risky to pick a company based somewhere with stronger cloud privacy laws or not storing data in the US.

Don’t you think it is time to replace Google Drive with a secure alternative?
Try Cubbit for Teams!
‍I’m not ready yet, I’d like to learn more about Cubbit Individuals or Cubbit for Teams. 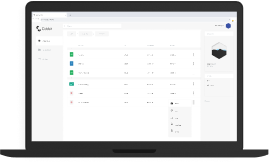